Italian culture has much to be proud of from designer sports cars like the Ferrari to the exquisite and sophisticated opera. And while many aspects of their culture have been greatly received and honored throughout the world, it is perhaps their recognition as the originator of the modern pasta that has truly made a deep and lasting influence, not just to the specialized culinary circles, but on everyone who enjoys food.

When we talk of Italian cuisine, the center of attention is definitely pasta. Tracing its origins, there is evidence to believe that the history of pasta goes back to the ancient Greeks who had a form of flattened dough which they called “laganon”.

This earlier version however had a stark difference from modern pasta in that it was not boiled but rather roasted. The Arabs on the other hand, as written in the Talmud as early as the 5th century AD, had the first documented record of noodles being cooked by boiling.

They called the noodle itriyah. It is predominantly believed that they introduced pasta to Sicily when they conquered it. An Arab geographer named Al Idrisi writes that a product made of flour that was shaped like strings was produced in the then Arab colony of Palermo.

The next great occurrence in the development and history of pasta as we know it came during the 16th century when the Spanish brought back their discoveries from the new world. Among these new discoveries was a variety of tomatoes they called promo d’oro or golden apple.

It was then that this new ingredient called the tomato encountered the pasta, which until that time was eaten dry using the fingers. The advent of tomatoes, and eventually tomato sauce, would change not only the way pasta was eaten but the eating habit of the world as well. And so at present, the history of pasta continues to be written as many of today’s chefs and foodies reinvent the more established pasta recipes, turning them into new varieties and bold creations.

The Romans then took this term (turned it into lasanum) and used it to refer to a cooking pot, which was eventually used by the Italians to refer to the dish where lasagna is made.

The third theory as to the history of pasta, and lasagna specifically, comes from England. It is believed by some that the cuisine traces its origin from an English dish called loseyn. This theory primarily bases its contention on the similarities in the way both dishes are prepared and the likeness in their names.

In the end, although the exact origin of the dish is uncertain, modern lasagna is widely accepted as an Italian dish and it is there, particularly in the southern portion, where the definitive lasagna can be experienced today.

One part cooking course, one part kitchen reference, and one part foolproof recipes, The Complete Book of Pasta and Noodles tells the story of flour and water like no other book on the market.

Extensively covering the basics of pasta and noodles, this thoroughly researched and taste-tested guide is dedicated to the home cook who needs practical advice on everything from penne to pad thai.

The experts at Cook’s Illustrated present their knowledge and techniques in a hands-on way so that each and every step of the cooking process can be understood and easily executed.

The authors leave room for interpretation and taste, of course, but you will not walk away from this book without knowing which olive oil to buy, why egg pasta tends to complement cream sauces, or how to mince garlic.

The Complete Book of Pasta and Noodles

Learn how to use the best ingredients and simple, classic techniques to make fresh, homemade pasta in your own kitchen with Making Artisan Pasta.

Calling for just the simplest ingredients and a handful of unique kitchen tools, making pasta at home has never been easier, more fun, or more delicious.

Celebrating pasta in all its glorious forms, author Domenica Marchetti draws from her Italian heritage to share 100 classic and modern recipes.

Step-by-step instructions for making fresh pasta offer plenty of variations on the classic egg pasta, while a glossary of pasta shapes, a source list for unusual ingredients, and a handy guide for stocking the pantry with pasta essentials encourage the home cook to look beyond simple spaghetti.

No matter how you sauce it, The Glorious Pasta of Italy is sure to have pasta lovers everywhere salivating.

The Glorious Pasta of Italy

Every conceivable type of Italian pasta or Asian noodle is presented, and we mean every conceivable this comprehensive volume includes dried, fresh, gnocchi, dumplings, and even chocolate pasta.

This book is a James Beard Cookbook Winner.

The Pasta Bible: The Definitive Sourcebook

Here are 3 pasta machines that, in my opinion, are the best there are. Let’s say that even if you plan to make a pasta restaurant you won’t need anything else.

This newly improved model features heavy-duty, durable wooden rollers- guaranteed to cut and form perfect dumplings every time! Easy to use. Prepare a whole meal in minutes. Make cavatelli or seashells- by feeding dough strips of different widths, you can control the size of the dumplings you prefer. Recipes included potato cavatelli, ricotta cavatelli, and more!

Fresh pasta is differentiated from dried pasta as it is made by combining flour with egg rather than a liquid (which is usually water). Because of this, it does have a distinct flavor and characteristic.

Generally, it is more perishable than dried pasta and must either therefore be refrigerated in an airtight container or totally frozen to prolong its life. Additionally, it also cooks much faster when compared to dried pasta. Here we bring you some of the more popular fresh pasta recipe collections to expand your appreciation of this truly wonderful cuisine.

Sample one of the best fresh pasta dishes by following this recipe. It’s a tasty and unique cuisine that will surely be a hit with every member of the family.

This is one of the variations of fresh pasta using a special type of flour called Semolina. It is a simple fresh pasta recipe that is flavorful and healthy.

Pasta, being one of the most adaptable dishes in the world, has been combined with numerous ingredients- from the meats to simply some olive oil.

This ability to complement a variety of ingredients and tastes is one of the reasons why pasta, as a whole, is so well known and continues to endure. One of the most successful marriages pasta has had was its combination with chicken.

Their successful union has brought about some of the world’s most beloved dishes. Follow us as we take a look at some of the most delicious chicken pasta recipes created.

This yummy casserole is a favorite for those who love pasta and chicken. In many instances, the chicken may be replaced with turkey depending on one’s preference.

It is relatively easy to prepare and is a nice break from the more conventional pasta dishes. Learn this chicken pasta recipe well and you will be sure to impress come culinary gatherings.

A true classic in every sense, the chicken noodle soup has been a favorite for many generations. This warm, soothing broth is a household staple and is considered the ultimate comfort food by many.

Follow our easy recipe as we take on this delicious chicken pasta dish.

It is one of the most famous and beloved dishes in the world. With numerous variants, creating a pasta dish range from ultra-complicated to refreshingly simple.

Here, we present some of the best simple pasta recipes that let you enjoy the cuisine without the unnecessary hassle and headache.

A staple in many Italian restaurants, the Pasta Carbonara is easily one of the most famous variants of pasta.

Follow this simple pasta recipe and enjoy Carbonara to the fullest.

The mac and cheese is a certified classic. Enjoyed by kids and adults alike, this pasta dish is a favorite because of its taste and relatively easy preparation.

Make sure to know these simple pasta recipes by heart and you can never go wrong.

We give a simple version of this famous pasta dish. As the name suggests, this simple pasta recipe can be prepared in approximately 45 minutes.

Just follow this simple, step-by-step procedure and you will find yourself rewarded not only with a dish that is easy to prepare, but extremely tasty as well.

The History of Pasta and Some Easy Pasta Recipes 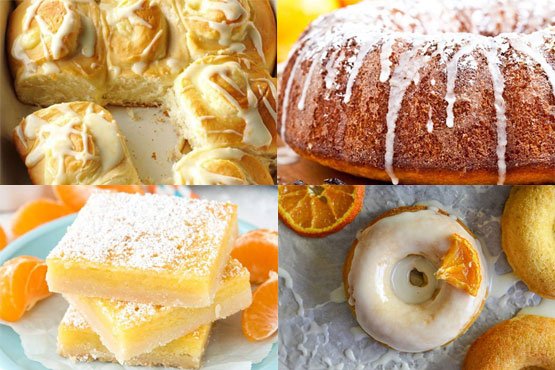 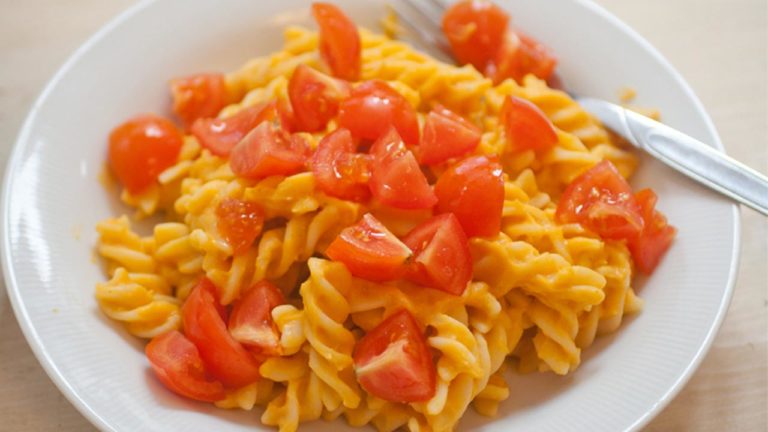 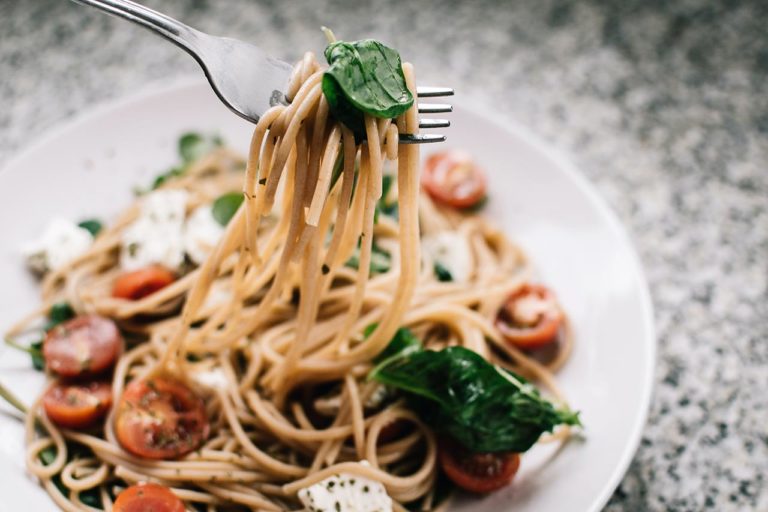 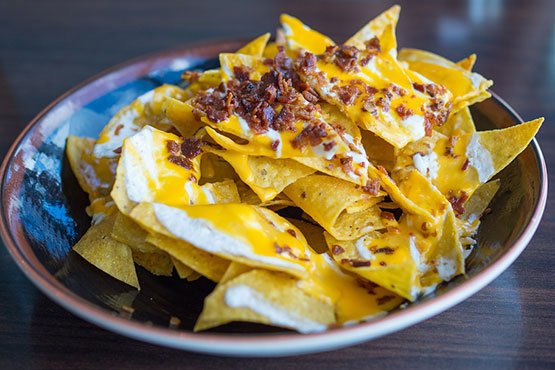 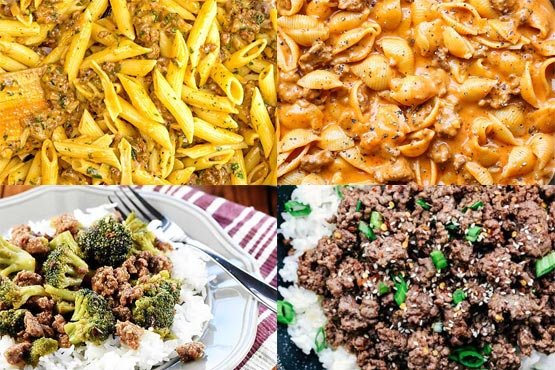